The message I read for Interior Scroll is from the feminist texts in Kitch's Last Meal. The image occurred as a drawing; this image seemed to have to do with the power and possession of naming-the movement from interior thought to external signification, and the reference to an uncoiling serpent, to actual information (like ticker tape, rainbow, Torah in the Ark, chalice, choir loft, plumb line, bell tower, the umbilicus, and tongue).

Note: The text for each of the performances was different. The artwork in the image below below combines the text from the 1977 performance with two photographs from 1975. 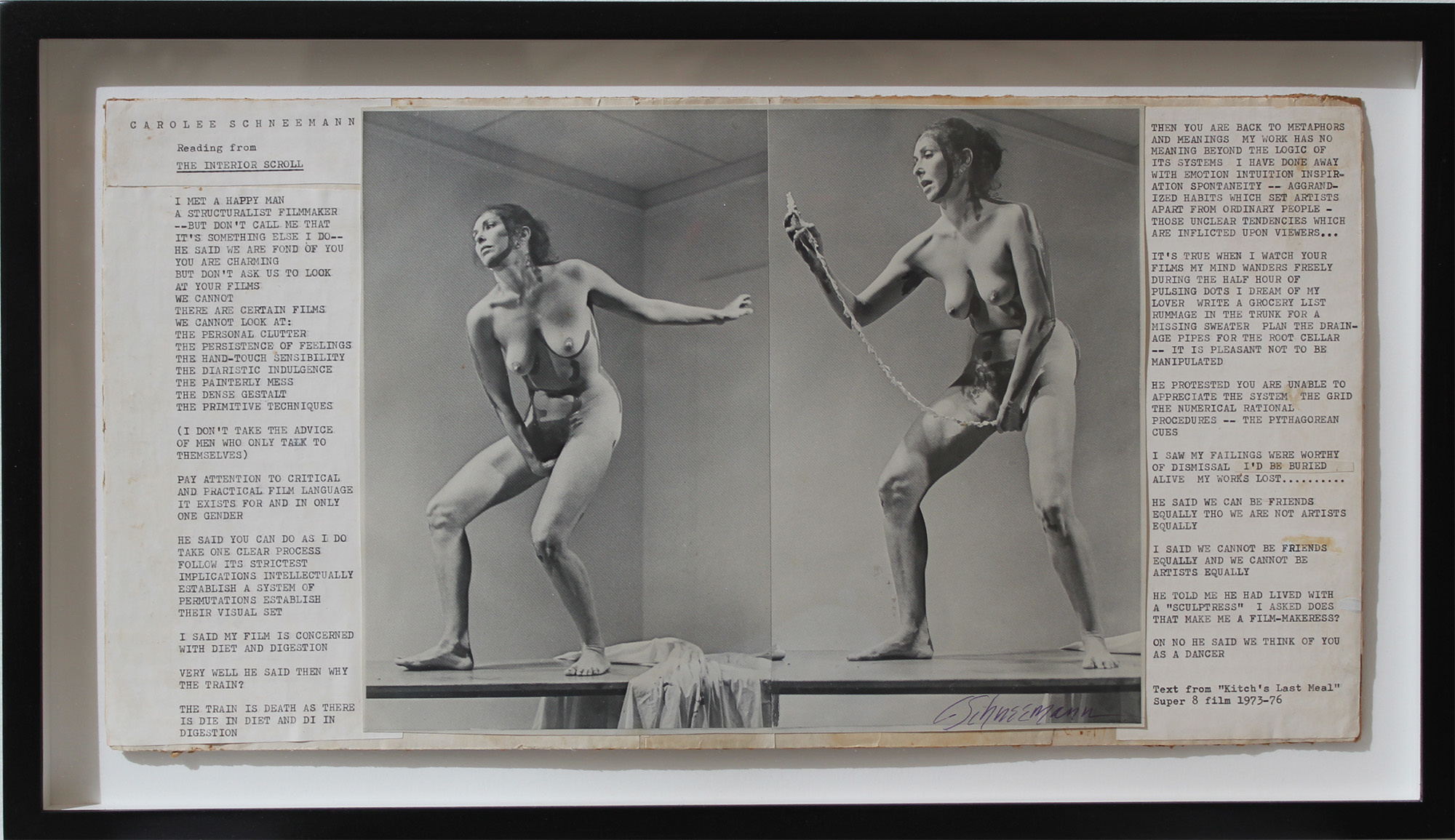